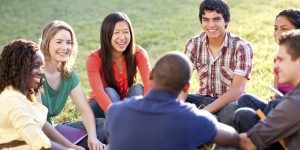 If you are learning English, you have probably heard that the best way to learn is to be totally immersed in the language. That’s because hearing correct English constantly and having memorable experiences helps your brain to learn the language. But the only way to do that is to travel to an English-speaking country… right?

Unless you live in Grenoble, France!

Maybe you have heard of Grenoble because of its new green party mayor who banished outdoor advertising, or its world-famous ski resorts in the surrounding French Alps. Grenoble is well known for hosting the 1968 Winter Olympics and for being the “Silicon valley of Europe” due to the types of industry and research that make the city thrive.

But maybe you don’t know that Grenoble has the second largest English speaking population in France! That’s right, the city of Grenoble, whose population hovers around 150,000, is home to thousands of Anglophone expats from countries all over the world. And even more live in the countryside surrounding Grenoble, with many anglo families finding their ideal home in one of the small mountain villages that dot the landscape here.

Why so many expats? The combination of high-tech companies importing their employees from abroad, the scientific research facilities that draw researchers from all over the world, and the university exchange programs make for a lot of English-speakers moving in and out of Grenoble regularly. Many of them stay and make a life for themselves in the French Alps.

What does this mean to you, a non-native English speaker? It means you have plenty of opportunities for immersion!

Please keep in mind that Anglophones themselves are NOT available for free private English lessons for every curious person that they meet, and won’t take kindly to being asked! But with just a little research and effort, you can immerse yourself in Anglo culture and meet English-speaking people easily!

Starting with the bar scene in the city center, you will find no less than 5 Irish pubs, many of which are a regular spot for expats to convene. If bar-hopping isn’t your thing, check out a production from the English theatre group, Upstage. If you prefer reading or film, there is an English-language public library, and most Hollywood films at the cinema are shown in English as well.

Walk through the Jardin de Ville and you’ll find the American Corner, located inside the Maison de l’International. The American Corner is a place where you can get information about traveling, studying and working in the United States. There are also regular events and art exhibits by local American artists!

There are also many social and cultural associatons in Grenoble for each niche and nationality of Anglo expats, from mommy play groups and wine tastings with Open House association, to dinners and traditional American celebrations like Thanksgiving with France Etats-Unis Grenoble.  The Irish and UK crowd are often found at the Irish film screenings and St. Patrick’s party hosted by The Celtic Connection association.

There is an International public school with a strong emphasis on English, and also an American private school with a full English-language curriculum. You can also enroll your children in English day camps right here at Speak English Center during school holidays!

Add to that an English-speaking Christian church, and the many restaurants now catering to Anglo crowds with burgers, fish ‘n chips and English beer.  Many shops that cater to the Anglo expat crowd are also popular in Grenoble, such as an American food shop, and an Irish shop selling food products and quality Irish clothing. And of course we can’t forget to mention Grenoble Life, the English-language online Grenoble community.

As you can see, you don’t have to go very far to find someone speaking, singing, eating or shopping in  English in Grenoble. Who knows, maybe you will soon be speaking English with them too!

Do you live in Grenoble or another city with an English-speaking community?

What are your experiences in trying to meet native English speakers? 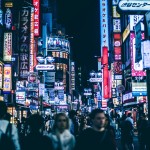 Can The English Language Help Save The World?