Raising kids to be bilingual has become trendy lately, but it has always been a hot topic for expat parents. For many parents, bilingualism is a sign of intelligence, and also gives children an advantage in their studies or future career opportunities. Research has shown that being bilingual can have other cognitive advantages as well, which is making many parents jump on the bilingual bandwagon.

But it wasn’t too long ago that many educators had misgivings about raising children in a bilingual or multilingual household. As a result, many families, especially immigrants, were encouraged to only use one language at home, as to not cause confusion and speech delays for children. Many parents living and working abroad also become discouraged when their children don’t speak to them in their native language anymore, and give up completely.

So what is really going on? What is the final word on raising your kids to be bilingual?

1.     Learning more than one language at a time confuses children. This is probably the most widely held and oldest myth about raising bilingual children. But research shows that from just days after birth, children can differentiate between two very different languages, like Arabic and French, but less so for similar languages, like Spanish and Portuguese. It doesn’t take long for them to also differentiate between similar languages over time.

3.    Bilingual children mix the two languages and don’t understand the difference. Mixing languages is a natural part of multi-language acquision. Adults who have experienced this as an expat may be fluent in “Spanglish” or “Franglais” as they acquire a second language. When children do this, it is a sign that they are learning, and the mixing is only temporary. It is not a sign that they are confused by the languages, but rather they are able to switch between the two to express themselves more accurately. This is especially true for children of expat parents, who are surrounded by adults who are also mixing languages. It should not be seen as a failure or a disadvantage.

4.     If they didn’t learn it as a baby, it’s too late. It is widely known that the optimal age for a child to acquire a language is from birth to age 3. But in fact, studies show that up until the age of 10, children are still quite flexible and open to learning a second language. Until this age, children learn a language in parallel with their native language, almost like a second native language, and eventually speak like a native. However, after puberty, a second language is learned as a sort of translation of their native language. This information is stored in a different part of the brain than it would be for young children learning like a native speaker. That’s why it is even more difficult for adults to acquire a second language. But if you are thinking of raising your 7-year-old to be bilingual, it’s certainly not too late!

5.     Children are like sponges, so they can easily learn a language with little effort. While it’s true that children can acquire a language much more easily than a teenager or an adult, it doesn’t happen by magic. And, sorry, it doesn’t happen by sitting them in front of the television either! Language learning requires constant exposure, consistancy, and application to real-life experiences. Don’t give up halfway through when your child is mixing languages or speaking to you in the “wrong” language. This can be difficult for families living in their native country and trying to become bilingual. Music, conversations, English lessons, movies and e-learning are also great compliments to the bilingual path, but nothing compares to making the connection to everyday life.

Were you raised in a bilingual environment, or are you raising your children to be bilingual?

Have you heard these myths from teachers or friends?

Do you think being bilingual is difficult for children? 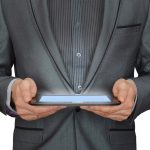 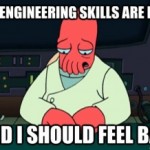 Can You Translate These “Untranslatable” Words?

5 Ways to Take Your Life Back From Social Media